As we look towards the start of the third decade of the new millennium, there is a lot to be thankful for, and a lot to look forward to. As the coming decade unfolds, there will no doubt be more gossip and chaos to root through. As our 34th president, Dwight D. Eisenhower once said , I have one yardstick by which I test every major problem – and that yardstick is: Is it good for America? Let’s focus on that old wisdom in the new year.

+ One of the U.S. stock markets best-performing indexes reached a new psychologically significant mark last Thursday, as the major indexes head to year end with the best gains in years. The technology-heavy Nasdaq Composite Index closed at 9,000 for the first time ever Thursday, finishing above 9,022. The Nasdaq climbed to 8,000 at the close on Aug. 27, 2018 and gains from some of the tech behemoths have helped the index to generate a return of about 36% so far this year. Shares of Microsoft have gained more than 44.8% since August of 2018, while those for Apple have gained 33% over the same period. It took 335 trading days to traverse 1,000 points for the index.

+ Gasoline prices are declining slightly even though people are hitting the road in droves. “AAA forecasts that 104 million Americans will travel by car – the most on record – for a year-end holiday,” said Jeanette Casselano, AAA spokesperson. “The substantial number of motorists has caused some state averages to increase heading into the holiday week, but these jumps aren’t big and won’t last long or linger past the holiday season.” 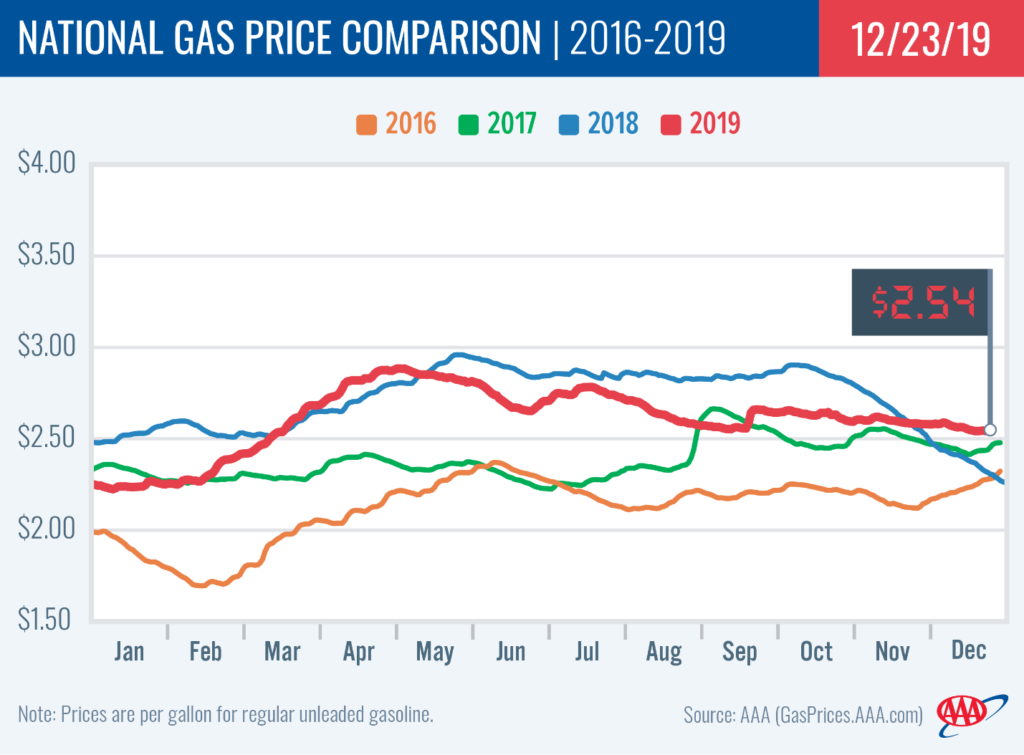 – It looks like trucking companies are taking advantage of the holiday rush to get all types of product shipped.

+ It is hard to believe that a single motorcycle manufacturer could manufacture and sell more than 400 million units, but Honda reached this milestone earlier this year. Since 2018, Honda is producing more than 20 million units per year. It all started with this 1949 D Type, also known as the Dream model. Honda was founded in 1948. Its first overseas production facility was in Belgium in 1963. Since then, Honda has expanded its production globally in accordance with its fundamental principle of producing locally where there is demand. Honda currently produces a wide range of motorcycles, from 50cc commuters to 1,800cc models, at 35 facilities in 21 countries. 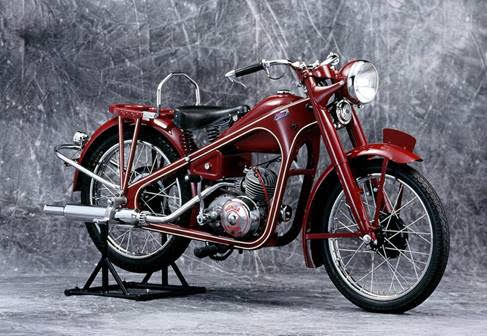 – Japan’s Nissan Motor Co has told its managers to slash non-essential spending as the automaker grapples with slumping car sales and tumbling profits, three company sources with knowledge of the matter told Reuters. Managers have been told to put the kibosh on unnecessary travel, sales incentives and promotional events to “conserve every yen,” as one source put it. Meetings that three or four people would once have traveled to attend in person, might now only have one Nissan representative, the sources said, while other gatherings and dinners have been canceled altogether or replaced by video-conferencing. The extensive spending cuts come in tandem with Nissan’s decision this month to order a two-day furlough for U.S. employees Jan. 2-3. There is also an effective travel ban for staff in the United States, where sales have been particularly hard hit, one source said. While the automaker is not facing any cash crunch, the actions underscore a deepening sense of crisis at Nissan which has been rocked by the ouster of scandal-hit leader Carlos Ghosn, the departure of other top executives and strained relations with alliance partner Renault SA. In April, Nissan embarked on a wide-ranging turnaround plan to revive sales and boost profits but the business outlook has worsened more than anticipated, the sources said. In November, it reported 70% slide in second-quarter operating profit and cut its full-year forecast to an 11-year low.

– The REV, an autonomous robot made by Refraction AI, will begin making meal deliveries from four restaurants to a test group of 300 customers in downtown Ann Arbor, Michigan beginning Jan. 3. Five feet tall, with three wheels and a fuselage like an oversized bike helmet, the 100-pound REV promises food drops for half the cost of existing delivery services like Grubhub, EatStreet and DoorDash. If successful, REV could begin the transformation of downtowns into “Blade Runner”-like metropolises populated by wee bots hustling meal, grocery, and document deliveries along byways at 15 mph. 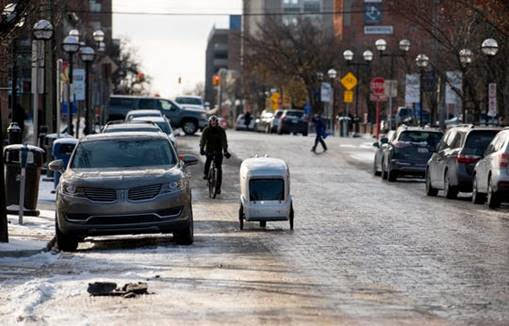 + Fiat Chrysler Automobiles and the PSA Group (parent to Peugeot, Citroen and DS Automobiles) have agreed to terms for a $50 billion merger. The world’s eighth- and ninth-largest automakers say they have struck a “binding combination agreement” that will merge their operations in a move aimed at creating greater scale and ability to invest in new technologies as the industry undergoes a transformative switch from conventional combustion engines to all-electric propulsion. Shareholders of FCA and PSA are planned to hold 50% ownership in the merged entity in a tie-up that, on current combined global sales volumes, would rank it as the world’s fourth-largest automaker. The merged company would pool some of the world’s most recognized automotive brands under one roof. FCA owns Abarth, Fiat, Chrysler, Dodge, Alfa Romeo, Jeep, Maserati, Mopar, Lancia and Ram, while PSA owns Peugeot, Citroen, DS Automobiles, Opel and Vauxhall. FCA and PSA say the merger should be completed within the next 12 to 15 months subject to shareholder approval and regulatory clearance.

– Switch to energy-efficient light bulbs, wash your clothes in cold water, eat less meat, recycle more, and buy an electric car: We are being bombarded with instructions from climate campaigners, environmentalists and the media about the everyday steps we all must take to tackle climate change. Electric cars are branded as environmentally friendly, but generating the electricity they require almost always involves burning fossil fuels. Moreover, producing batteries for these cars generates significant CO2 emissions. According to the International Energy Agency (IEA), an electric car with a range of 400 kilometers (249 miles) has a huge carbon deficit when it hits the road, and will start saving emissions only after being driven 60,000 kilometers. Almost everywhere, people use an electric car as a second car and drive it shorter distances than equivalent gasoline vehicles. Despite subsidies of about $10,000 per car, battery-powered electric cars represent less than one-third of 1% of the world’s 1 billion vehicles. The IEA estimates that with sustained political pressure and subsidies, electric cars could account for 15% of the global fleet in 2040, but it notes that this increase in share will reduce global CO2 emissions by just 1%. Individual actions to tackle climate change, even when added together, achieve so little because cheap and reliable energy underpins human prosperity. Fossil fuels currently meet 81% of our global energy needs. And even if every promised climate policy in the 2015 Paris climate agreement is achieved by 2040, they will still deliver 74% of the total. The IEA estimates that by 2040 — after we have spent a whopping $3.5 trillion on additional subsidies — solar and wind will still meet less than 5% of our needs. 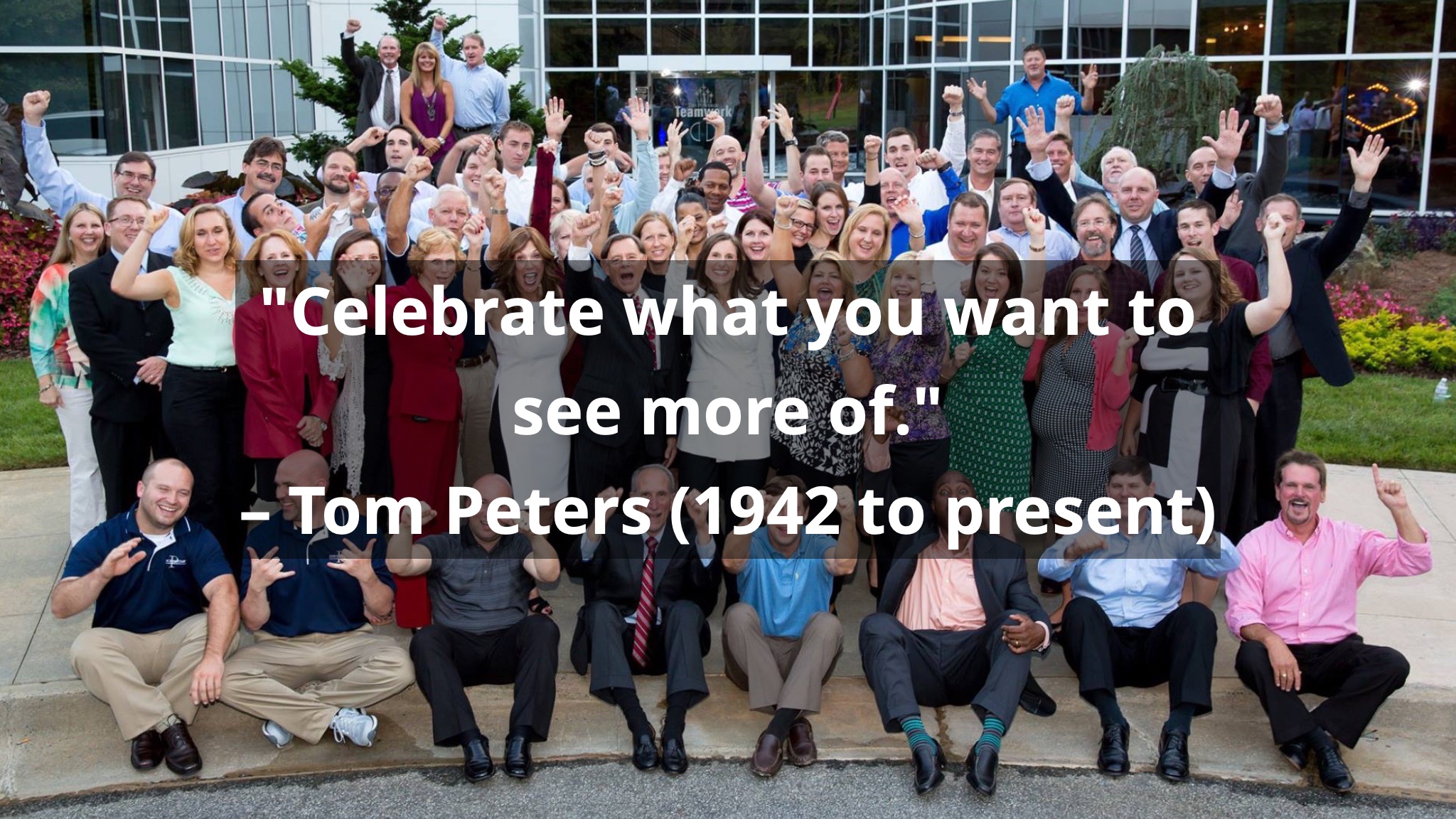