Construction activity has been a bright spot in the economy. Gasoline prices remain subdued. Steel mill output is clawing its way towards 70% of capacity and the steel market is hotter than anything in the last 10 years. Most domestic mills announced a fresh round of price increases, and most mill production schedules are booked up. Some mills have product lines that are sold out for the balance of the year. Galvanized imports remain weak. The automotive industry is gaining speed as they registered their 5th consecutive sales gain. The SAAR is expected to be around 15.5 million which is much better than during the depths of the COVID lock down but still not the 17 million level that would be considered normal.
-Bill Feier, Manager of World Sourcing

+ Construction Spending gained 1.4% in August. Almost all of the gain was in private construction projects.

+ Construction backlogs are building which is a good sign for the economy.

+ The ISM Manufacturing Index fell slightly to a reading of 55.4 in September. Anything over 50 shows growth. New orders and production slowed, but employment gained 3.2%. 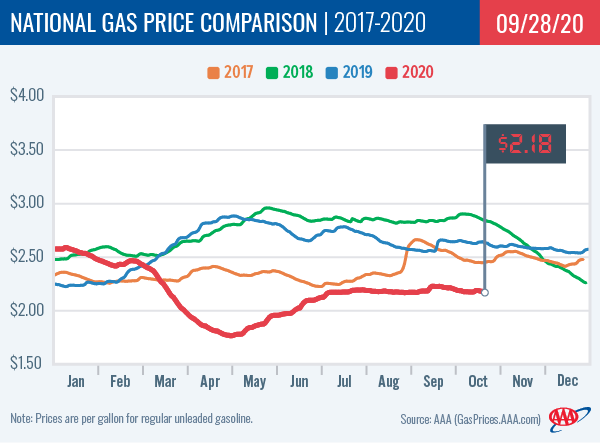 + US Steel announced a $50 per ton price increase.

+ Algoma Canada raised prices by $50 per ton for US customers.

+ NLMK announced minimum prices of $32.50 for hot roll and $42.50 for cold roll and galvanized products.

+ ArcelorMittal announced minimum prices of $32.50 for hot roll and $42.50 for cold roll and galvanized products.

+ Auto sales in the U.S. are forecast to continue their COVID-19 recovery in September as the new-vehicle sales pace should increase over last month. The seasonally adjusted annual rate (SAAR) is likely to reach 15.5 million, a modest improvement over August’s 15.2 million, and the fifth consecutive month of sales pace improvement after April’s historic low, according to a forecast released by Cox Automotive. Closing out the third quarter, year-to-date U.S. auto sales volume is forecast to be down 19.6%. Retail sales are holding up relatively well compared to lease; fleet activity – rental, commercial and government – remains depressed. One potential issue for the fourth quarter is lack of new product due to the model year roll-over delay. There are only a handful of model year 2021 vehicles in the marketplace right now, and vehicle buyers may be surprised when they go shopping this fall for the latest products. Currently, only 3% of available inventory is model year 2021. Factory shutdowns have delayed many products and limited availability of others.

– Sales of new vehicles from General Motors Co. and Fiat Chrysler Automobiles were down 10% year-over-year in the period from July through September, as dealers struggle to get new models on their lots. Going into the fourth quarter of the year, a major selling time for automakers, industry experts are watching historically low inventory levels closely to see how they affect consumer purchasing decisions. The available supply of new vehicles has continued to fall since the coronavirus started to hit the U.S. hard in March when inventory levels were above 3.4 million, according to Cox Automotive. Levels were below 2.2 million vehicles in mid-September.