Bill’s recap:
“The US economy continues to surprise. The Dow is breaking records again. The USA is a net exporter of oil to the global market now, which is giving the Middle East some cause to worry.  Inflation in the US is well under control and the cost of money (Fed interest rate) is steady. Steel mill output has been slowing, but steel imports are very slow, allowing domestic mills to benefit.”

+ The Dow Jones Industrial Average rallied to a record high last Thursday, after testimony by Federal Reserve Chair Jerome Powell that signaled easier monetary policy could be implemented later this month. The 30-stock average broke above 27,000 for the first time in its history, rising 200 points or 0.8%. 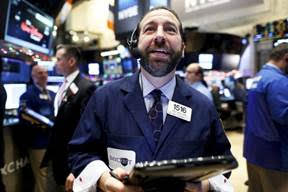 + The Producer Price Index is well under control too at only .1% gain in June. Inflation is almost nonexistent.

+ As the United States becomes a net oil exporter for the first time in 75 years, the US Department of the Interior has announced the discovery of the largest continuous oil and gas field ever found. Situated in the Wolfcamp Shale and overlying Bone Spring Formation in Texas and the Permian Basin in New Mexico, the new resource is estimated to contain 46.3 billion barrels of oil, 281 trillion cu ft of natural gas, and 20 billion barrels of natural gas liquids worth trillions of dollars.

– Gasoline prices continue to rise as refineries operate at 94.7% of capacity. Oil futures are hovering around $60 per barrel. 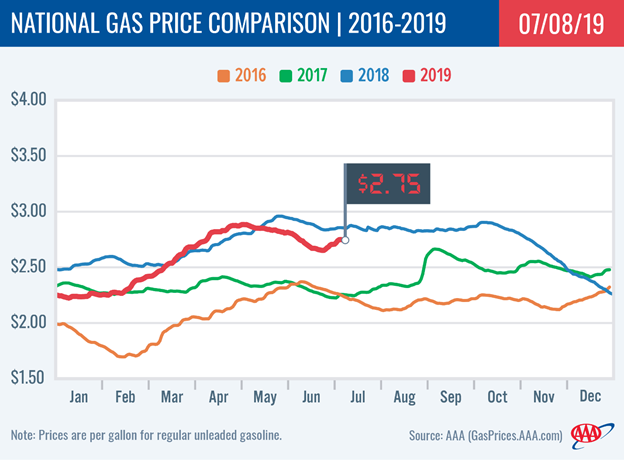 – Freight rates are going up. 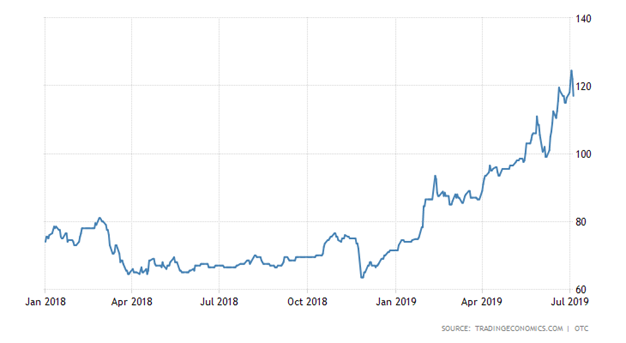 + Zinc cost is on a good trend.

– Galvanized imports in June were the weakest in recent memory.

– The United States is slapping tariffs of up to 456.23% on steel imported from Vietnam after only undergoing minor finishing there. ArcelorMittal USA, U.S. Steel, Fort Wayne-based Steel Dynamics, AK Steel Corp., California Steel Industries, and Nucor asked for the duties on steel that’s made in Korea and Taiwan, shipped to Vietnam for light processing and then sent to the United States as cold-rolled steel and corrosion-resistant steel. The U.S. Department of Commerce ruled the third-country routing was a circumvention of existing antidumping and countervailing duties. As a result of the ruling, U.S. Customs and Border Protection agents are collecting duties of up to 456.23% at the ports, depending on the type of steel product and where it came from. The tariffs will be retroactive to Aug. 2 last year, when the inquiry was opened.

–  NLMK USA has begun laying off workers, saying the 25% tariffs on imported slab are to blame. The local newspaper quoted company present Bob Miller as saying: “This is what I predicted a year ago. We’re running less turns and experiencing layoffs now because of tariffs.” The layoffs come less than three months after Washington’s commerce department turned down most of NLMK USA’s requests for exclusions from the duties. Terry Day, president of a United Steelworkers’ union at the Farrell plant, said 80 to 100 of its members have been laid off. “This was the first true layoffs we’ve had here in a couple of years. Obviously, we don’t want this to continue,” he added. 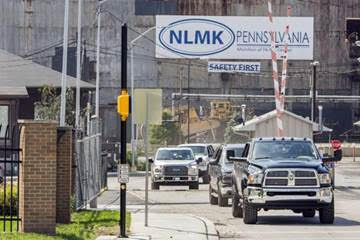 + The following are the late June steel price increase announcements:

July 10th – US Steel announced a $40 per ton price increase as well.

+ South Korean electric vehicle (EV) battery maker LG Chem is considering building a second U.S. factory, three people familiar with the matter said, accelerating a race to add capacity to meet growing global demand for green vehicles. LG Chem counts General Motors and Volkswagen among its customers, is weighing investing about 2 trillion won ($1.70 billion) in the plant that could begin production in 2022. Kentucky and Tennessee are among the candidates for the plant’s site. A decision on the plant’s site is expected to be made by the end of this month.

– It wasn’t just any car that rolled off the assembly line last Wednesday in Puebla, Mexico; It was the last of its kind. The Volkswagen Beetle is an automotive classic spanning eight decades with sales totaling more than 23 million units. Few cars enjoy the amount of affection this one gets. There was a time when it was rare to not see a Volkswagen Beetle on the road. It was designed by Ferdinand Porsche as the Volkswagen, or “people’s car.” The German people who first saw it on the roadways started giving it a nickname, the Kafer which in German means Beetle. With only two redesigns over its lifetime, which is unheard of in the car industry, the Beetle never lost its personality, starring in movies and TV shows. The end of the Beetle marks a turning-point for Volkswagen, which now sees its future in electric cars. So for many who grew up loving this car, they just don’t make ’em like that anymore. 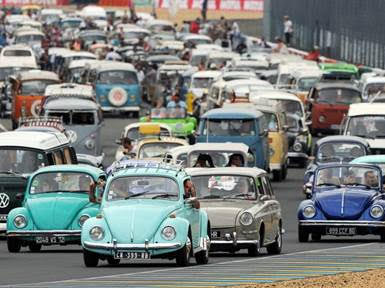 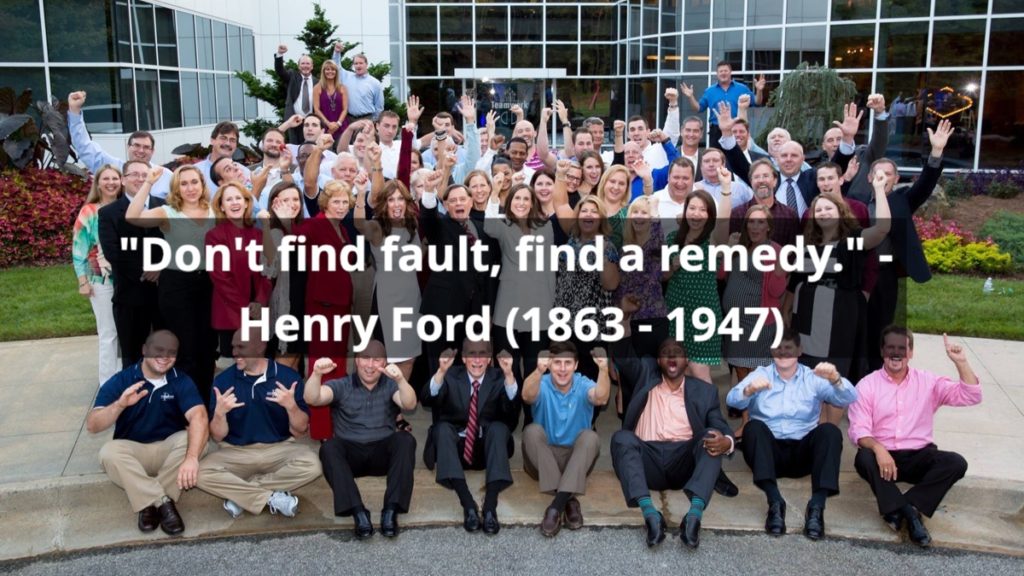