The US economy continues to advance as evidenced by this week’s Dow Jones Industrials. Gasoline prices remain steady. Our steel mills continue to claw their way towards a milestone of 70% of capacity. September galvanized imports were surprising. In the automotive industry, Toyota has commenced to build a hydrogen fuel cell train, and lead the way to a greener option for public transportation.
-Bill Feier, Manager of World Sourcing

+ Gasoline prices remain steady. Refineries operated at 77.1% of capacity. West Texas crude is at $37per barrel. 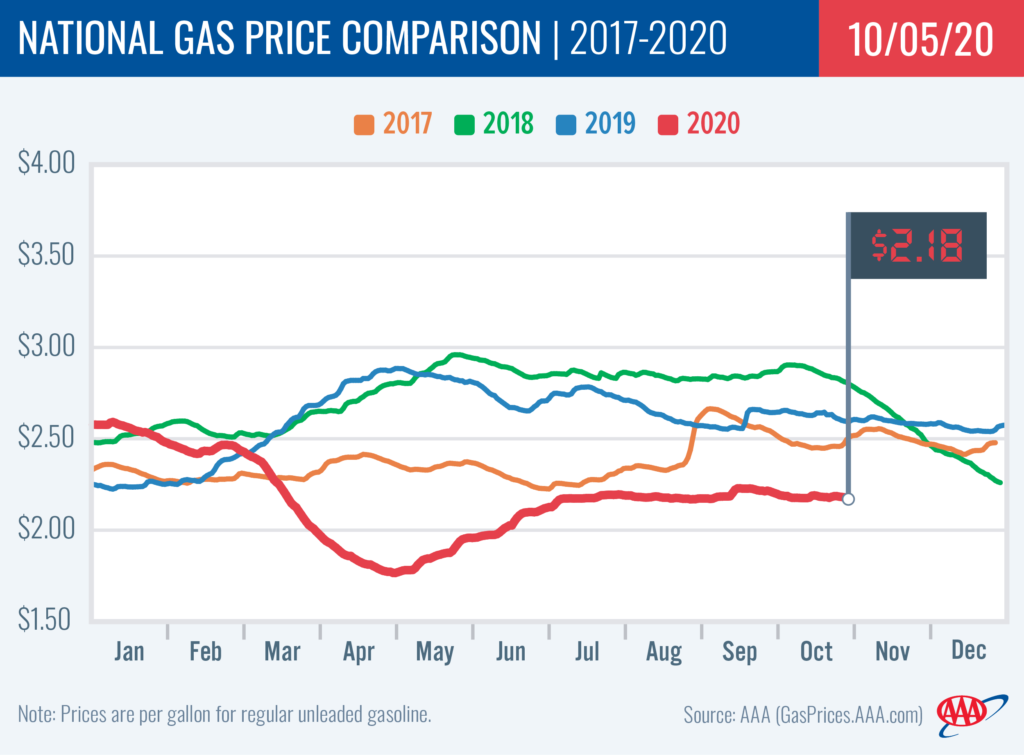 + Galvanized imports surged at the end of September.

+ Toyota Motor Corp. is putting its efforts to accelerate the development of fuel cells on rails with a new train named Hybari: Hydrogen Hybrid Advanced Rail vehicle for Innovation. The new train comes just after the company announced earlier this week, it was moving ahead with the development in North America of a heavy-duty truck powered by fuel cells. Toyota already offers a fuel cell-powered vehicle, the Mirai, in the U.S. Toyota said it’s teaming up with the East Japan Railway Co. and Hitachi to develop the fuel cell-powered train. Under the agreement, railway vehicles will be equipped with hybrid systems that use hydrogen-powered fuel cells and storage batteries as their source of electricity. The train will begin testing March 2022. Hydrogen ensures minimal environmental impact as it does not emit any carbon dioxide when used as an energy source and it can be produced from various raw materials using renewable energy.