“Bill’s recap:
The economy continues to surge forward, setting records for employment and output. Gasoline prices continue to slide even though refineries are operating close to 100% capacity. Steel mill output is at 81% of capacity and the full year performance is a 7% output gain from 2017. December vehicle sales was a mixed bag among the brands, but in general, the end of year sales pulled in more customers than expected.” – Bill Feier, Manager of World Sourcing

– Iron ore FOB Chinese ports is up to $73 per dry metric ton.

– Zinc prices are taking a bounce.

+ U.S. sales for each of the five largest auto brands (Ford, Toyota, Chevrolet, Honda and Nissan) declined in 2018. But the No. 6 brand, Jeep, grew enough to keep the entire industry in the black for the year.
Jeep’s 18% surge propelled U.S. light-vehicle volume to 17.3 million, 0.6% more than in 2017 and the fourth-highest of all time. In total, all automakers sold about 96,000 more vehicles than the previous year. Jeep alone gained by nearly 145,000.

+ Light trucks accounted for a record 69% of the market in 2018. U.S. light-truck sales as a whole in the U.S. grew 7.7% in 2018, according to the Automotive News Data Center, to 11.98 million units, a level that car sales have never reached. Car sales plunged 13% and would have dipped even further but for Tesla finally achieving decent production of its Model 3 sedan in the second half of the year. Car sales fell to 31% of sales, from 36% a year ago and 50% in 2013. The 5.4 million cars sold last year represented the fewest since 1958.

– Ford is joining General Motors and switching to quarterly sales reports. 2018 sales were down 3.5% for Ford. “We believe intense focus on month-to-month numbers is just not the way we want to run the business,” Mark LaNeve (Ford VP Sales and Marketing) says. The automaker had a difficult December in the U.S. as each vehicle segment was down.

+ The ISM Manufacturing Index slid to a reading of 54.1 in December, showing slower growth. Anything over 50 shows growth from the previous month. The “new orders” component is the most concerning as it slowed by 10 points to a reading of 51.1.

+ The ISM Non-Manufacturing Index fell to a reading of 57.6 in December, still showing healthy growth although a little slower than November. Business activity is slowing and delivery times have shortened.

+ Gasoline prices are still falling. Refineries are operating at 97.2% of capacity. Oil futures fell to $48 per barrel. 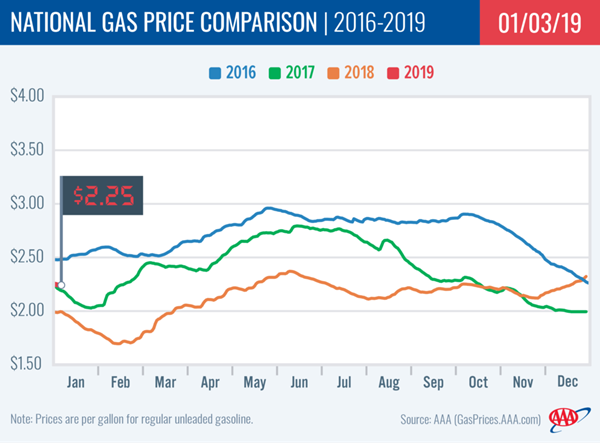 – Freight rates are creeping up. 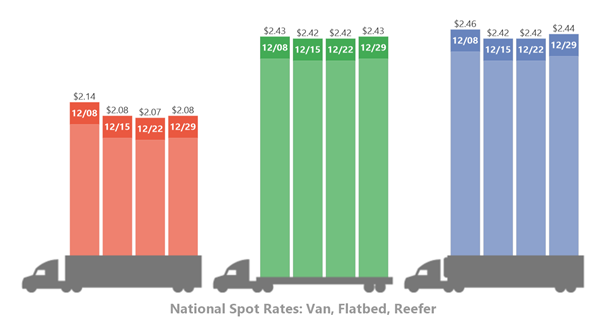 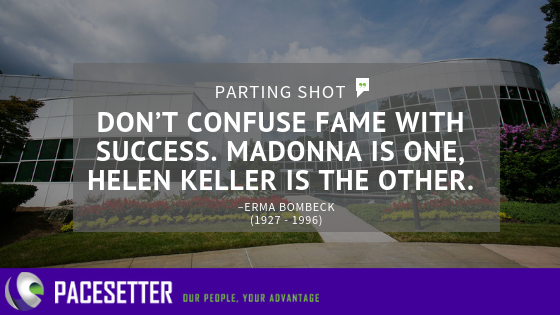